We are actively seeking partners to license DejaVu for use in their own products. Our partner Angry Audio has created a commercial software application using DejaVu technology.

You can download and try it for free on your computer. The product is called nCIRCL.

As our partners develop new products using DejaVu, we will announce them here in the future.

With Déjà Vu up-mixing technology, for the first time ever, broadcasters can deliver a 5.1 mix that doesn’t muck up music.

This all-new audio algorithm uses sophisticated yet lightweight, artifact-free processing that moves stereo mixes into the immersive era. Packaged as an OEM object, Déjà Vu is also plug-and-play ready for play-out servers or could be used off-line for file-based workflows.

How does Déjà Vu work? Here's a brief video explainer.

Déjà Vu operates in multiple modes: mono, stereo (2.0, 2.1), quad (4.0, 4.1), and 5.1 surround. Other speaker configurations can be supported, including higher channels counts and non-standard speaker placement. There is access to adjust the individual levels for stereo input, master output, as well as individual channels.

Talk deep tech to me.

Stereophonic audio is represented as two physical channels situated to the left and right of the listener. The perception of audio which sonically appears in the center of the two channels is created in the stereo mix through the summation, of the Left and Right channels, for the specific element that is directed to the center. This is known as ‘phantom center.’

For example, a mix may contain three elements: guitar in the left channel, bass in the right channel, and a vocal in the center. The phantom center channel vocal was created by mixing an equal amount of the vocal element to both the left and right channels. The listener hears guitar in the left, bass in the right, and vocal in the perceived center.

To create surround, cues are derived from the original stereo mix to generate a physical center channel. This is done through a static linear process. The isolated center channel, along with the stereo cues are used to derive the rest of the surround channels. The exception is LFE, which is created through a linear low pass FIR filter applied to the summed original Left and Right channels.

Why is Déjà Vu better than other ‘up mix technology?'

There are two categories of Up-Mix algorithms: multichannel converters and ambiance generators. Multichannel converters, which include linear (“passive”) and steered (“active”) matrix methods, are used to derive additional loudspeaker signals in cases where there are more speakers than input channels. These methods are typically implemented in the time domain.

While linear matrix methods are relatively inexpensive to implement, they reduce the width of the front image. In a two-to-three channel Up-Mix, any signal intended for the center is also played through the left and right speakers; the channel separation between left and center, for example, is only ~3dB.

Matrix steering methods update the matrix coefficients dynamically and provide the ability to extract and boost a dominant source. These methods are particularly useful for content such as movie soundtracks, in which one source may be of primary interest at any given time, but the signal-dependent gain changes may cause audible side effects with music.

Ambience generation methods attempt to extract or simulate the ambience of a recording. The term “ambience” refers to the components of a sound that create the impression of an acoustic environment, with sound coming from all around the listener but not from a specific place. Ambience may include room reverberation as well as other spatially distributed sounds such as applause, wind, or rain. The goal of the ambience extraction is to increase the sense of envelopment, typically using the rear speakers.

Ambience generation methods may extract the natural reverberation from the audio signal (for example, by taking the difference of the left and right inputs, which attenuates centered sounds and preserves those that are weakly correlated or panned to the sides), or they may add artificial reverberation.

Wanna take her for a spin? You can download Déjà and try her for free here.

Déjà Vu for Live Venues and Houses of Worship Expand

Déjà Vu is perfect for entertainment venues, as well as houses of worship, who want to create a truly natural immersive sound experience for their audiences and parishioners. Imagine hearing audio that captures and surrounds you. That's the experience that Déjà Vu creates.

Déjà Vu is designed for any venue or audio entertainment system, where surround is supported. It can also be used as a production tool to create surround content from existing stereo source files, such as music, or motion pictures.

Additionally, 5.1 surround sound allows for the separation of dialogue, music, and sound effects, which can make it easier for viewers to hear and understand what is being said and to follow the action.

Especially during live sporting events such as football, baseball, or soccer. With our Déjà Vu the separation of audio between the broadcasters, the crowd noise and the action on the field is impeccable.

The applications for Déjà Vu technology are endless and span many markets in the commercial and consumer AV channels.

A 5.1 Surround Sound System in Your Home

There is plenty of content available in surround sound. However, since the demise of physical media like SACD and DVD-Audio, 5.1 content for music is hard to find, with the majority of music recordings only available in stereo, leaving music fans in the dust, until now.

Unlike other upmixing methods, Déjà Vu does not rely on perceptual tricks like synthesized channel steering, phase modification, reverb, dynamic level adjustment, or time delay as mechanisms to create surround, thus avoiding resultant artifacts, inconsistent surround representation, and degradation of the overall audio performance. In fact, Déjà Vu-processed content sounds like it was originally mixed in 5.1 thanks to artifact-free processing, moving stereo mixes into the immersive era.

In short, Déjà Vu is , period.

She's a sound experience like no other. In a word, she's Eargasmic.

Wouldn’t it be a blast if you could hear your favorite music all over again for the first time?

You can, and Déjà Vu takes you there.

Déjà processes stereo audio and renders it into discreet, 5.1 surround sound that has music creators and artists overjoyed. No tricks, no phasing, no reverb, nada.

Déjà Vu is different from other upmixers because it is designed from the ground up for high-performance immersive music, creating audio so great, it will attract fans to your content and keep them engaged.

Here’s how Déjà Vu is different:

Numerous world-renowned music producers, engineers, artists and music lovers around the world have heard Déjà Vu, and all have given her a hearty 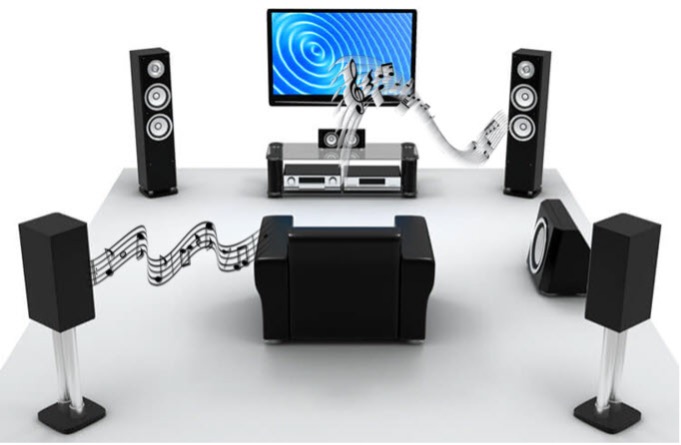 What is our Déjà Vu surround sound technology?

It is based on our audio algorithm which renders immersive audio from the original stereo mix. We use a linear process, which preserves natural sonic integrity, frequency response, audio level, and faithfully supports all the original production characteristics.

No tricks up our sleeve.

All of those generate artifacts, inconsistent surround representation, do not naturally support the mix, and usually degrades the overall audio performance.

What makes Déjà Vu better than other technologies out there?

Déjà Vu can isolate all the spatial sonic cues in stereo audio, then place these cues (segments) into the appropriate location of the surround field. This is done without any unnatural artifacts.

The result is an experience that appears rich, musical, natural, and as if the performance is occurring all around the listener.